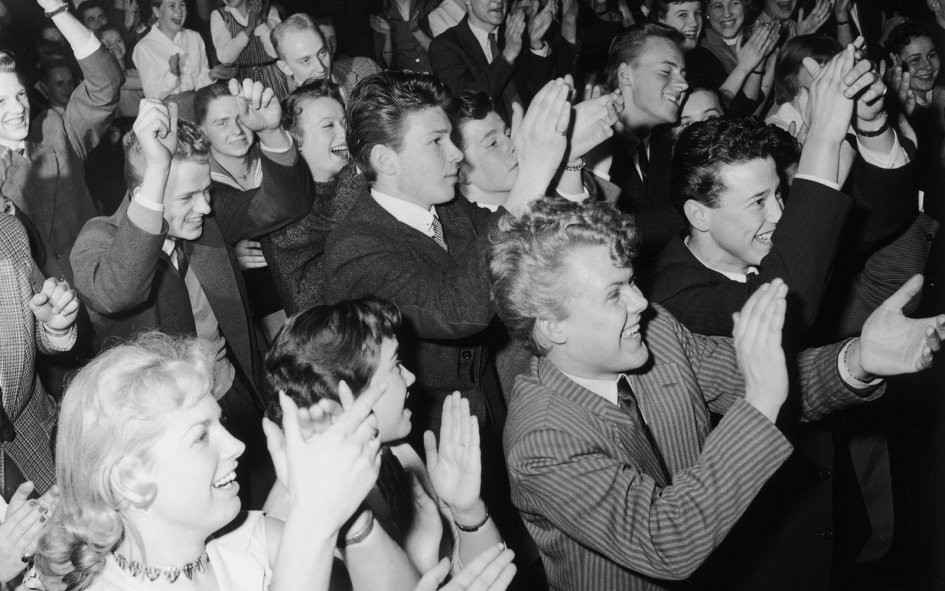 And yet, wouldn’t it be welcome
at the end of each ordinary day?
The audience could be small,
the theater modest. Folding chairs
in a church basement would do.
…Just a short earnest burst of applause
that you got up that morning
and, one way or the other,
made it through the day.

You soaped up in the steaming
shower, drank your Starbucks
in the car, and let the guy with the
Windex wipe your windshield
during the long red light at Broad Street.
Or maybe you were that guy,
not daring to light up
while you stood there because
everyone’s so down on smoke these days.

Or you kissed your wife
as she hurried out the door, even though
you were pretty sure she was
meeting her lover at the Flamingo Motel,
even though you wanted to grab her
by a hank of her sleek hair.

Maybe your son’s in jail.
Your daughter’s stopped eating.
And your husband’s still dead
this morning, just like he was
yesterday and the day before that.
And yet you put on your shoes
and take a walk, and when a neighbor
says Good morning, you say
Good morning back.

Would a round of applause be amiss?
Even if you weren’t good.
If you yelled at your kid,
poisoned the ants, drank too much
and said that really stupid thing
you promised yourself you wouldn’t say.
Even if you don’t deserve it.

I’m trying to believe life is easy – or at least life is often easier than I make it with all my negative thinking and distorted thoughts that make it harder than it needs to be.  But for those who often make it difficult, like I do, but are trying hard not to, but sometimes fail, I give you my applause today.  You tried again today.  There are better days to come.  And even today was one of those better days, in some way but in your depression you just could not see.  Often your despair and sadness and negative thoughts get the best of you.  I know how hard it can be.  But the courage you’ve shown in living this day, even with your secret or not so secret sorrow, is impressive.  So even when you feel you don’t deserve it, may you add no more pain to your self with self hate and may you learn to cherish yourself, be kind to yourself, be gentle with yourself, accept yourself, approve of yourself and perhaps even applaud yourself.  And to know, that maybe, just maybe, though we are often unaware, there are others unseen, who may be cheering you on too – (Heb. 12:1).