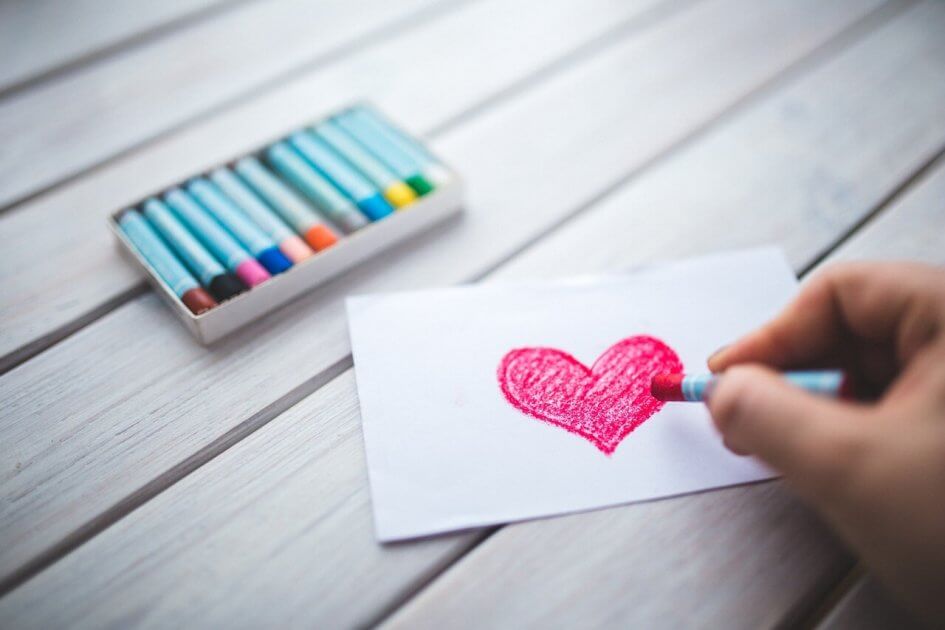 Chad was a shy, quiet little boy. One day he came home and told his mother that he’d like to make a valentine for everyone in his class. Her heart sank. She thought, “I wish he wouldn’t do that!” because she had watched the children when they walked home from school. Her Chad was always behind them. They laughed and hung on to each other and talked to each other. But Chad was never included. Nevertheless, she decided she would go along with her son. So she purchased the paper and glue and crayons. For three weeks, night after night, Chad painstakingly made 35 valentines.

Valentine’s Day dawned, and Chad was beside himself with excitement. He carefully stacked them up, put them in a bag, and bolted out the door. His mother decided to bake him his favorite cookies and serve them nice and warm with a cool glass of milk when he came home from school. She just knew he would be disappointed and maybe that would ease the pain a little. It hurt her to think that he wouldn’t get many valentines – maybe none at all.

That afternoon she had the cookies and milk on the table. When she heard the children outside, she looked out the window. Sure enough, there they came, laughing and having the best time. And, as always, there was Chad in the rear. He walked a little faster than usual. She fully expected him to burst into tears as soon as he got inside. His arms were empty, she noticed, and when the door opened she choked back the tears.

“Honey, I have some cookies and milk for you,” she said. But he hardly heard her words. He just marched right on by, his face glowing, and all he could say was: “Not a one. Not a one.” His mother’s heart sank at first, but then she noticed the huge smile on his face as he added, “I didn’t forget a one, not a single one!”

A “cute and quaint” story that seems to teach something about the principle that, “it is more blessed to give than receive.”  (Acts 20:35)