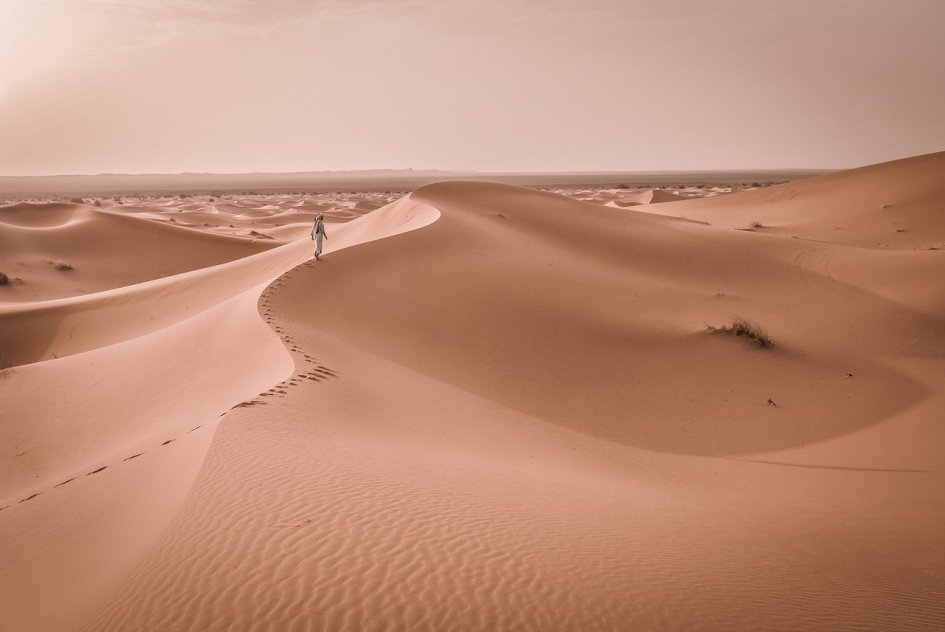 There was a man who got lost in the desert. After wandering around for a long time his throat became very dry, about that time he saw a little shack in the distance. He made his way over to the shack and found a water pump with a small jug of water and a note. The note read: “Pour all the water into the top of the pump to prime it, if you do this you will get all the water you need”.

Now the man had a choice to make, if he trusted the note and poured the water in and it worked he would have all the water he needed. If it didn’t work he would still be thirsty and he might die. Or he could choose to drink the water in the jug and get immediate satisfaction, but it might not be enough and he still might die. After thinking about it the man decided to risk it. He poured the entire jug into the pump and began to work the handle, at first nothing happened and he got a little scared but he kept going and water started coming out. So much water came out he drank all he wanted, took a shower, and filled all the containers he could find.

What would I have done? How comfortable am I with risk?  Would I have demonstrated trust?

An intriguing sociological study asked fifty people over the age of ninety five one question: If you could live your life over again, what would you do differently? One of the top three answers that emerged and dominated the results of the study was If I had to do it over again, I would risk more. The problem for most of us is we are more afraid of failure than we are of regret. Too often, by the time we wake up, its too late.

Prayer:  God, change me into one who trusts, even when I’m afraid.  Even when I’m uncertain.  Trusting in your guidance may I risk it all.