The Eagle Who Thought He Was a Chicken 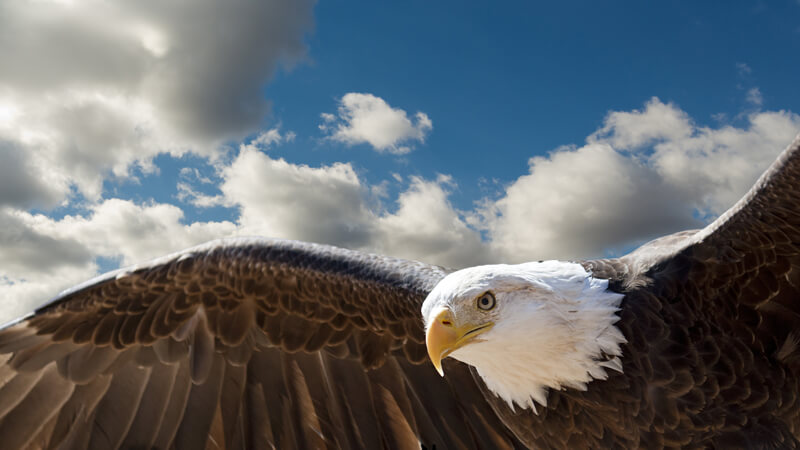 The Eagle Who Thought He Was a Chicken.

A fable is told about an eagle who thought he was a chicken. When the eagle was very small, he fell from the safety of his nest. A chicken farmer found the eagle, brought him to the farm, and raised him in a chicken coop among his many chickens. The eagle grew up doing what chickens do, living like a chicken, and believing he was a chicken.

A naturalist came to the chicken farm to see if what he had heard about an eagle acting like a chicken was really true. He knew that an eagle is king of the sky. He was surprised to see the eagle strutting around the chicken coop, pecking at the ground, and acting very much like a chicken. The farmer explained to the naturalist that this bird was no longer an eagle. He was now a chicken because he had been trained to be a chicken and he believed that he was a chicken.

The naturalist knew there was more to this great bird than his actions showed as he “pretended” to be a chicken. He was born an eagle and had the heart of an eagle, and nothing could change that. The man lifted the eagle onto the fence surrounding the chicken coop and said, “Eagle, thou art an eagle. Stretch forth thy wings and fly.” The eagle moved slightly, only to look at the man; then he glanced down at his home among the chickens in the chicken coop where he was comfortable. He jumped off the fence and continued doing what chickens do. The farmer was satisfied. “I told you it was a chicken,” he said.

The naturalist returned the next day and tried again to convince the farmer and the eagle that the eagle was born for something greater. He took the eagle to the top of the farmhouse and spoke to him: “Eagle, thou art an eagle. Thou dost belong to the sky and not to the earth. Stretch forth thy wings and fly.” The large bird looked at the man, then again down into the chicken coop. He jumped from the man’s arm onto the roof of the farmhouse.

Knowing what eagles are really about, the naturalist asked the farmer to let him try one more time. He would return the next day and prove that this bird was an eagle. The farmer, convinced otherwise, said, “It is a chicken.”

The naturalist returned the next morning to the chicken farm and took the eagle and the farmer some distance away to the foot of a high mountain. They could not see the farm nor the chicken coop from this new setting. The man held the eagle on his arm and pointed high into the sky where the bright sun was beckoning above. He spoke: “Eagle, thou art an eagle! Thou dost belong to the sky and not to the earth. Stretch forth thy wings and fly.” This time the eagle stared skyward into the bright sun, straightened his large body, and stretched his massive wings. His wings moved, slowly at first, then surely and powerfully. With the mighty screech of an eagle, he flew.

I remember this familiar story from back in my youth ministry days.  But I was reminded of it again when I talked to a woman today in the hospital who told me about her recovery of 33 years and we celebrated that together as she talked.  And in passing, she said, “I’m a drunk…” and then went on with what she was talking about.  At a pause in our conversation I asked, “Who are you?”  I thought she might answer as others have before, “I’m a drunk, I’m weak, I’m in recovery etc.”  Perhaps she guessed what I was getting at and she looked at me with a sparkle in her eye and proclaimed, “I’m a child of God.”  Yes!  Yes you are.  Don’t ever forget it.  No matter what anyone tells you, what you tell yourself, what your inner critic or outer critics say.  You are a child of God.  Created in the image of God.  The image may be marred and buried a bit, but it is there, at your core a child of love light and of God.  Our problem?  Spiritual amnesia – we simply have forgotten who we are and who we were created to be.  Reflect on it.  Remember it.  Reclaim it.  For God’s sake and the world’s and even yourself.

A poem by Rumi: