The Prodigal Son in the Key of F 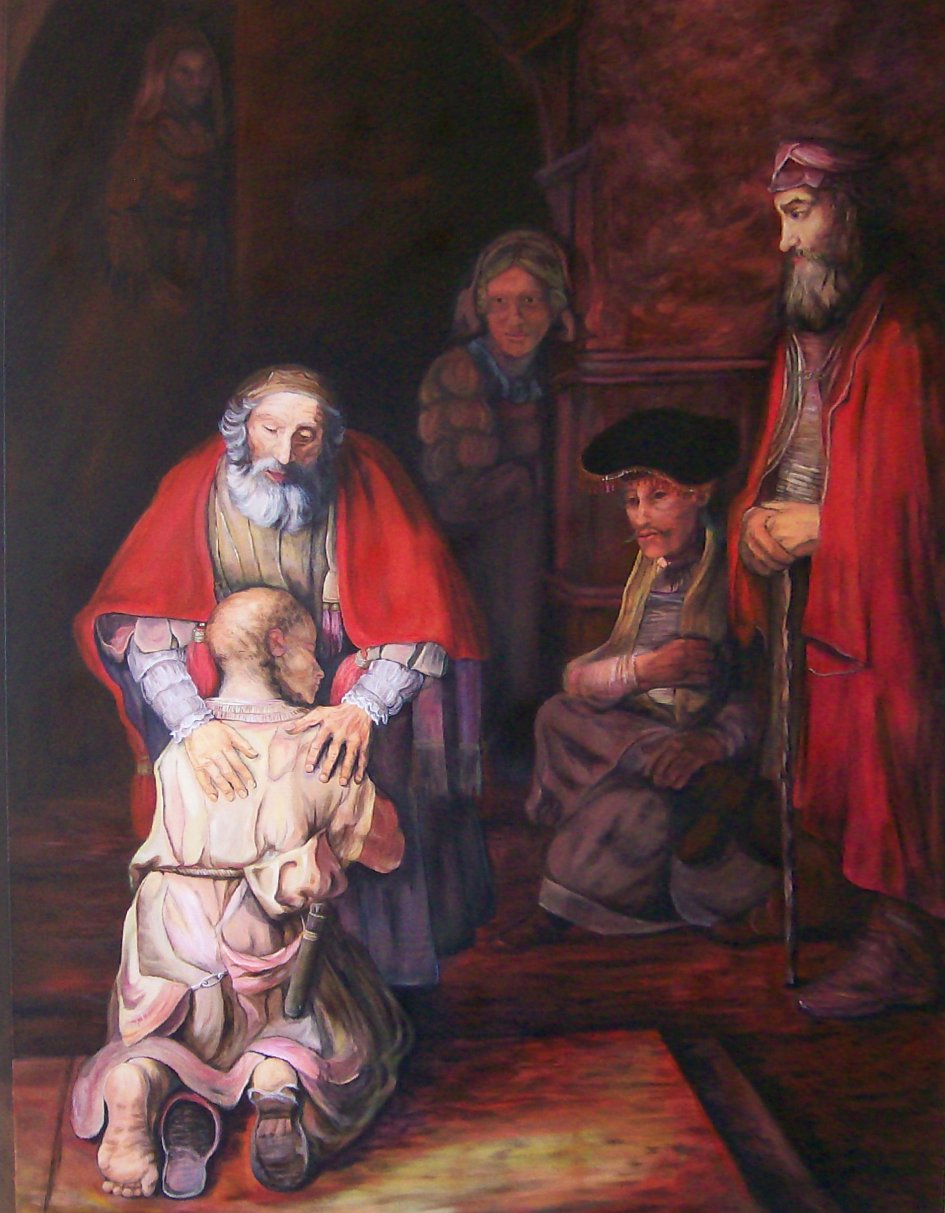 The Prodigal Son in the Key of F

Feeling footloose and frisky, a featherbrained fellow forced his father to
fork over his farthings. Fast he flew to foreign fields and frittered his
family’s fortune, feasting fabulously with floozies and faithless friends.
Flooded with flattery he financed a full-fledged fling of “funny foam” and
fast food.

Fleeced by his fellows in folly, facing famine, and feeling faintly fuzzy, he
found himself a feed-flinger in a filthy foreign farmyard. Feeling frail and
fairly famished, he fain would have filled his frame with foraged food from
the fodder fragments.

“Fooey,” he figured, “my father’s flunkies fare far fancier,” the frazzled
fugitive fumed feverishly, facing the facts. Finally, frustrated from
failure and filled with foreboding (but following his feelings) he fled from
the filthy foreign farmyard.

Faraway, the father focused on the fretful familiar form in the field and
flew to him and fondly flung his forearms around the fatigued fugitive.
Falling at his father’s feet, the fugitive floundered forlornly, “Father, I
have flunked and fruitlessly forfeited family favor.”

Finally, the faithful Father, forbidding and forestalling further flinching,
frantically flagged the flunkies to fetch forth the finest fatling and fix a
feast.

Faithfully, the father’s first-born was in a fertile field fixing fences
while father and fugitive were feeling festive. The foreman felt fantastic
as he flashed the fortunate news of a familiar family face that had forsaken
fatal foolishness. Forty-four feet from the farmhouse the first-born found a
farmhand fixing a fatling.

Frowning and finding fault, he found father and fumed, “Floozies and foam
from frittered family funds and you fix a feast following the fugitive’s
folderol?” The first-born’s fury flashed, but fussing was futile. The frugal
first-born felt it was fitting to feel “favored” for his faithfulness and
fidelity to family, father, and farm. In foolhardy fashion, he faulted the
father for failing to furnish a fatling and feast for his friends. His folly
was not in feeling fit for feast and fatling for friends; rather his flaw was
in his feeling about the fairness of the festival for the found fugitive.

His fundamental fallacy was a fixation on favoritism, not forgiveness. Any
focus on feeling “favored” will fester and friction will force the faded
facade to fall. Frankly, the father felt the frigid first-born’s frugality
of forgiveness was formidable and frightful. But the father’s former
faithful fortitude and fearless forbearance to forgive both fugitive and
first-born flourishes.

The farsighted father figured, “Such fidelity is fine, but what forbids
fervent festivity for the fugitive that is found? Unfurl the flags and
finery, let fun and frolic freely flow. Former failure is forgotten, folly is
forsaken. Forgiveness forms the foundation for future fortune.”

Four facets of the father’s fathomless fondness for faltering fugitives are:
1) Forgiveness
2) Forever faithful friendship
3) Fadeless love, and
4) A facility for forgetting flaws

Some of Henri Nouwen’s Reflections on Rembrandt’s Painting:

Consider the figures in the background of the painting. Do you identify with one of these onlookers? Does one remind you of someone in your life? Does one represent your heartfelt image of God? Spend a few moments reflecting and praying as you consider each onlooker:

Joining Prodigal in the Father’s Embrace