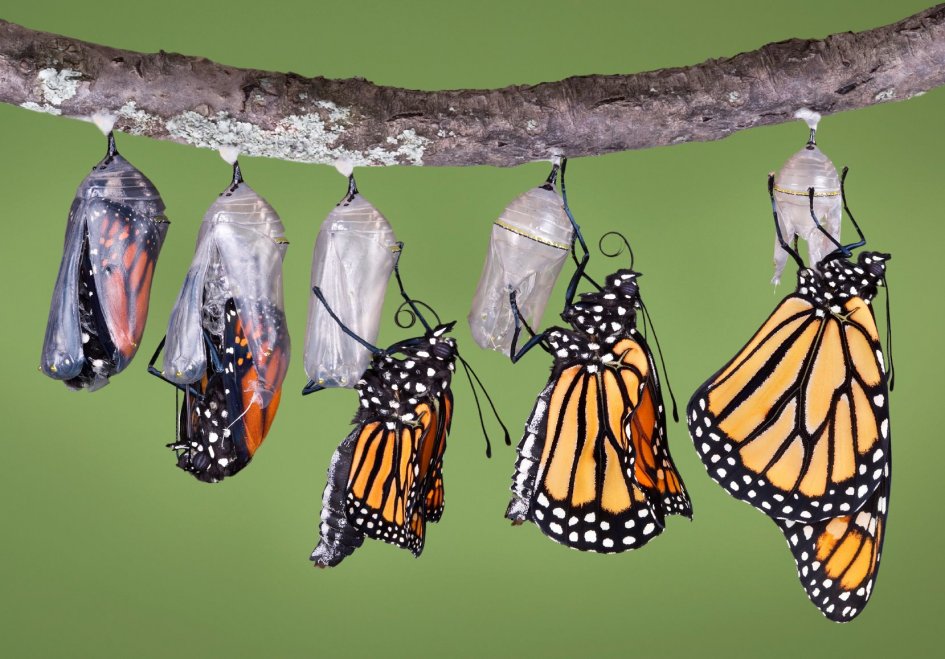 One day in India, a young boy walked up to a Guru or wise man, and asked what the man was looking at.

The Guru responded “I am looking at a Chrysalis, and inside is a butterfly. Soon the Chrysalis will split and the butterfly will emerge.”

The Guru replied “Yes, but you must promise me one thing first, that when the Chrysalis begins to split and the butterfly is making it first attempt to come out, that you do not help it in any way. You must let the butterfly get out of the chrysalis by itself.”

The little boy promised to do as the Guru had asked, and returned home with the Chrysalis.

Once home he sat to watch the Chrysalis and after a while it started to move and vibrate. Eventually the Chrysalis split and inside the boy could see a Beautiful Butterfly. The butterfly was frantically beating its wings against the Chrysalis as it was trying to get free.

The boy watched in wonderment, but as the creature struggled the boy felt compelled to help. Eventually unable to watch it struggle any longer the boy broke his promise to the Guru and split the Chrysalis so the Butterfly could get out.

The butterfly took to the air, but was unable to fly properly so it fell to the ground and was killed.

The boy picked up the creature and crying took it back to show the Guru.

The Guru looked at the butterfly, and said to the boy, “You helped to open the Chrysalis, didn’t you”

Once a little boy was playing outdoors and found a fascinating caterpillar. He carefully picked it up and took it home to show his mother. He asked his mother if he could keep it, and she said he could if he would take good care of it.

The little boy got a large jar from his mother.  In the jar he put plants to eat, and a stick to climb on. Every day he watched the caterpillar and brought it new plants to eat.

The little boy was thrilled to hear about the changes his caterpillar would go through. He watched every day, waiting for the butterfly to emerge. One day it happened, a small hole appeared in the cocoon and the butterfly started to struggle to come out.

The boy was so concerned he decided to help. He ran to get scissors, and then walked back (because he had learned not to run with scissors…). He snipped the cocoon to make the hole bigger and the butterfly quickly emerged!

The butterfly spent the rest of its life crawling around with a swollen body and shriveled wings.

It never was able to fly…

As the boy tried to figure out what had gone wrong his mother took him to talk to a scientist from a local college. He learned that the butterfly was SUPPOSED to struggle. In fact, the butterfly’s struggle to push its way through the tiny opening of the cocoon pushes the fluid out of its body and into its wings. Without the struggle, the butterfly would never, ever fly. The boy’s good intentions hurt the butterfly.

O God, change me and help me to understand that perhaps even my struggle is not a sign of my lack of faith and that I’m doing something wrong,  but a sign that I’m coming to life with your life within me.

Perhaps the struggle is not a sign of deadness, but aliveness?  Listen here:  http://billjohnsononline.com/dead-things-dont-struggle/