The Messiah in Disguise 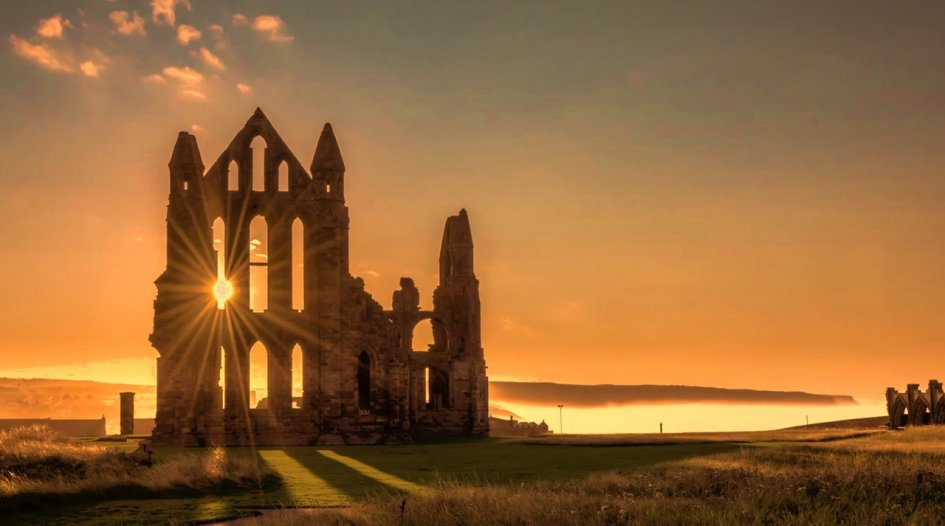 The Messiah in Disguise.

A monastery had fallen on hard times. It was once part of a great order which, as a result of religious persecution lost all its branches. It was decimated to the extent that there were only five monks left in the mother house: the Abbot and four others, all of whom were over seventy. Clearly it was a dying order.

Deep in the woods surrounding the monastery was a little hut that the Rabbi from a nearby town occasionally used for a hermitage. One day, it occurred to the Abbot to visit the hermitage to see if the Rabbi could offer any advice that might save the monastery. The Rabbi welcomed the Abbot and commiserated. “I know how it is” he said, “the spirit has gone out of people. Almost no one comes to the synagogue anymore.” So the old Rabbi and the old Abbot wept together, and spoke quietly of deep things.

The time came when the Abbot had to leave. They embraced. “It has been wonderful being with you,” said the Abbot, “but I have failed in my purpose for coming. Have you no piece of advice that might save the monastery?” “No, I am sorry,” the Rabbi responded, “I have no advice to give. The only thing I can tell you is that the Messiah is one of you.”

When the other monks heard the Rabbi’s words, they wondered what possible significance they might have. “The Messiah is one of us? One of us, here, at the monastery? Do you suppose he meant the Abbot? Of course – it must be the Abbot, who has been our leader for so long. On the other hand, he might have meant Brother Thomas, who is undoubtably a holy man. Certainly he couldn’t have meant Brother Elrod – he’s so crotchety. But then Elrod is very wise. Surely, he could not have meant Brother Phillip – he’s too passive. But then, magically, he’s always there when you need him. Of course he didn’t mean me – yet supposing he did? Oh Lord, not me! I couldn’t mean that much to you, could I?”

Because the forest in which the monastery was situated was beautiful, people occasionally came to visit the monastery, to picnic or to wander along the old paths, most of which led to the dilapidated chapel. They sensed the aura of extraordinary respect that surrounded the five old monks, permeating the atmosphere. They began to come more frequently, bringing their friends, and their friends brought friends. Some of the younger men who came to visit began to engage in conversation with the monks. After a while, one asked if he might join. Then another, and another. Within a few years, the monastery became once again a thriving order, and – thanks to the Rabbi’s gift – a vibrant community of light and love.

Once a church had fallen upon hard times. Only five members were left: the pastor and four others, all over 60 years old.

In the mountains near the church there lived a retired Bishop. It occurred to the pastor to ask the Bishop if he could offer any advice that might save the church. The pastor and the Bishop spoke at length, but when asked for advice, the Bishop simply responded by saying, “I have no advice to give. The only thing I can tell you is that the Messiah is one of you.”

The pastor, returning to the church, told the church members what the Bishop had said. In the months that followed, the old church members pondered the words of the Bishop. “The Messiah is one of us?” they each asked themselves. As they thought about this possibility, they all began to treat each other with extraordinary respect on the off chance that that one among them might be the Messiah. And on the off, off chance that each member himself might be the Messiah, they also began to treat themselves with extraordinary care.

From C.S. Lewis in The Weight of Glory:

“It is a serious thing to live in a society of possible gods and goddesses, to remember that the dullest most uninteresting person you can talk to may one day be a creature which,if you saw it now, you would be strongly tempted to worship, or else a horror and a corruption such as you now meet, if at all, only in a nightmare. All day long we are, in some degree helping each other to one or the other of these destinations. It is in the light of these overwhelming possibilities, it is with the awe and the circumspection proper to them, that we should conduct all of our dealings with one another, all friendships, all loves, all play, all politics. There are no ordinary people. You have never talked to a mere mortal. Nations, cultures, arts, civilizations – these are mortal, and their life is to ours as the life of a gnat. But it is immortals whom we joke with, work with, marry, snub, and exploit – immortal horrors or everlasting splendors.

From Thomas Merton (in Conjectures of a Guilty Bystander), a longer portion, but it’s so good.

In Louisville, at the corner of Fourth and Walnut, in the center of the shopping district, I was suddenly overwhelmed with the realization that I loved all those people, that they were mine and I theirs, that we could not be alien to one another even though we were total strangers. It was like waking from a dream of separateness, of spurious self-isolation in a special world, the world of renunciation and supposed holiness. The whole illusion of a separate holy existence is a dream. . . . This sense of liberation from an illusory difference was such a relief and such a joy to me that I almost laughed out loud. . . . I have the immense joy of being [hu]man, a member of a race in which God . . . became incarnate. As if the sorrows and stupidities of the human condition could overwhelm me, now [that] I realize what we all are. And if only everybody could realize this! But it cannot be explained. There is no way of telling people that they are all walking around shining like the sun. . . . Then it was as if I suddenly saw the secret beauty of their hearts, the depths of their hearts where neither sin nor desire nor self-knowledge can reach, the core of their reality, the person that each one is in God’s eyes. If only they could all see themselves as they really are. If only we could see each other that way all the time. There would be no more war, no more hatred, no more cruelty, no more greed.

. . . At the center of our being is a point of nothingness which is untouched by sin and by illusion, a point of pure truth, a point or spark which belongs entirely to God, which is never at our disposal, from which God disposes of our lives, which is inaccessible to the fantasies of our own mind or the brutalities of our own will. This little point of nothingness and of absolute poverty is the pure glory of God in us. . . . It is like a pure diamond, blazing with the invisible light of heaven. It is in everybody, and if we could see it we would see these billions of points of light coming together in the face and blaze of a sun that would make all the darkness and cruelty of life vanish completely.

Change me O God into one who sees with your vision.  For when I see you in others, then I may be more easily to see it and know within myself who I really am as well.  As I’ve heard it said, “seeing it in the world is how I will know it is the truth about myself.” May I see with your vision.  When I meet anyone may I remember it’s a holy encounter and as I see them I will see myself.